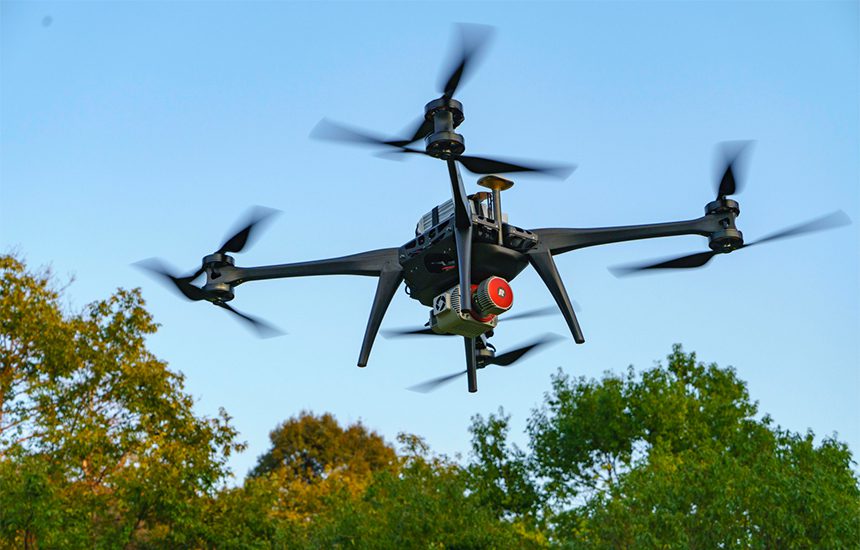 We equip UAV (drones) with aviation lasers and high-resolution sensors, and performs 3D surveys of disaster sites, terrain in forested areas, and other sites that have been difficult to survey until now. In addition to designing and manufacturing drones at our company, we also have the technology required to perform all steps from on-site surveys to the analysis and processing of data.

Our company is Japan’s leading manufacturer of drones equipped with high-performance lasers, and has delivered more than 70 such drones to the customers. This has simplified the surveying of terrain in forested areas, making it possible to detect earth fissures and to grasp changes over time at construction sites. We were the first company in the world to commercialize such drone products, which have received recognition and acclaim from a wide range of sources. Regarding the development and verification of robots for next-generation social infrastructure in 2015, our products were evaluated as “technology that is expected to be applied in business and utilized in the field”. At the 7th Robot Awards in 2016, we were awarded the Minister’s Prize from the Ministry of Land, Infrastructure, Transport, and Tourism (MLIT), and our products were registered in MLIT’s New Technology Information System (NETIS).

Based on the keywords “robots” and “image processing”, we are utilizing state-of-the-art technology such as IoT and AI in all aspects from development and social implementation. Thereby we will contribute to the creation of a society that will allow the development of both people and the Earth by addressing current social issues such as the global environment.